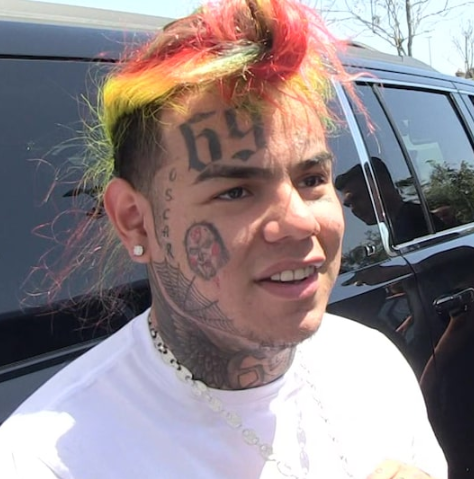 Tekashi 6ix9ine, who was recently released from jail, took to Instagram to joke about people referring to him as a snitch.

The American rapper was released from prison early by a judge after he made a plea to get out to avoid contracting the Coronavirus. 6ix9ine is now under supervised release in-home incarceration but is able to return to social media without restrictions.

After returning to social media, the rapper changed his IG profile picture to a claymation version of himself in an orange prison jumpsuit, lounging on a rat trap while devouring a piece of cheese.

It is believed this is an attempt at making a joke at being called a “rat” after he ratted out his former gang members to get a shorter sentence.

He also changed his bio line to a question.

He asks, “Why everybody callin me a snitch? I’m missin something…?” 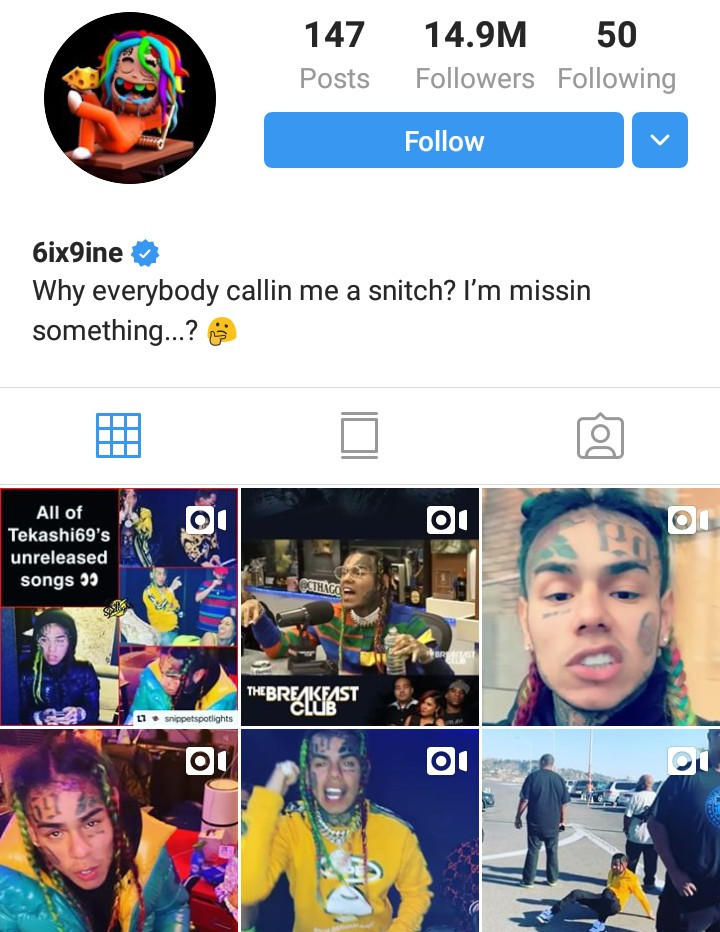 Tekashi is on federally supervised probation for the next 5 years.