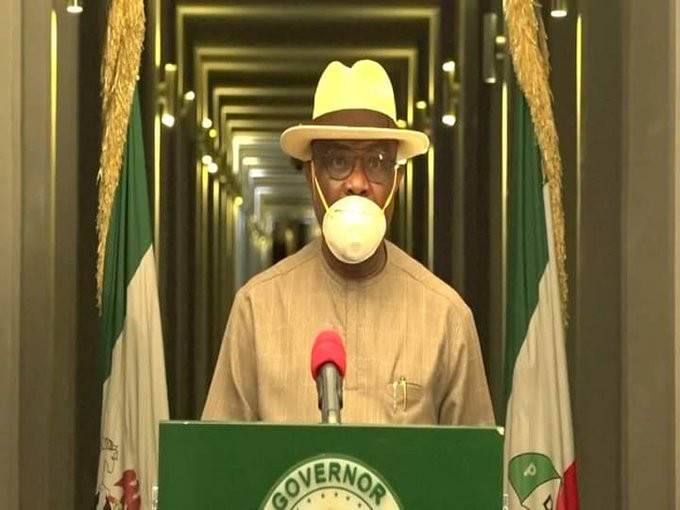 Governor Nyesom Wike of Rivers state has accused the Federal government of politicizing the fight against the spread of coronavirus, describing the “selective support” to states as unfortunate.

Citing Lagos state as an example, Governor Wike said the commercial hub of the nation has received so much support from the Federal government but the same support has not been extended to Rivers state which he according to him, produces a greater percentage of the nation’s wealth as an oil producing state.

“One wonders why Federal Government should single out a state out of 36 States to give support. Does it mean that support will come when a State has a record of over 50 infected persons before it gets support. No state should be seen as more important than any other state. This is a Federal Republic. No state is superior to others.

“Rivers State is entitled to support from the Federal Government. Every day, we are inundated with letters from the Federal Government to allow oil companies to fly in expatriates to drill Oil. Then we ask, what is the status of those coming from Lagos? Nobody has told us their status as regards coronavirus. If they come to come Rivers without us knowing their status, what will be implication assuming they have the virus.” he said

Lagos state has 115 confirmed cases of Coronavirus while Rivers state has just one.