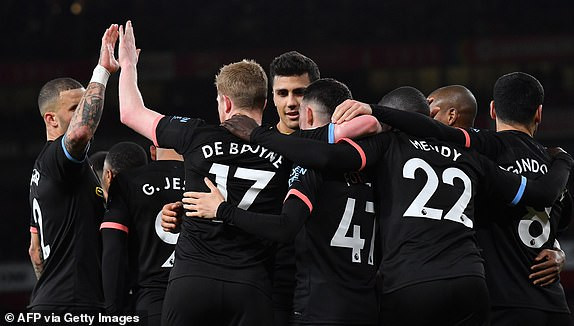 Belgian player Kevin De Bruyne, on fine vein of form, opened the goalscoring in the second minute giving the away team the lead, then English forward Raheem Sterling rounded off an excellent passing move to score the second goal for Pep Guardiola’s team. 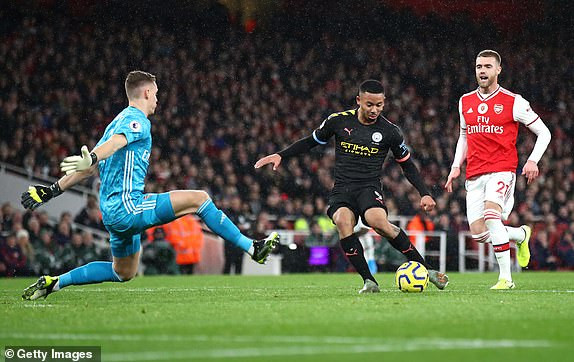 Then De Bruyne before half time curled home his second goal. The match ended 3-0 with Arsenal now in ninth position after being outclassed by Pep Guardiola’s side . 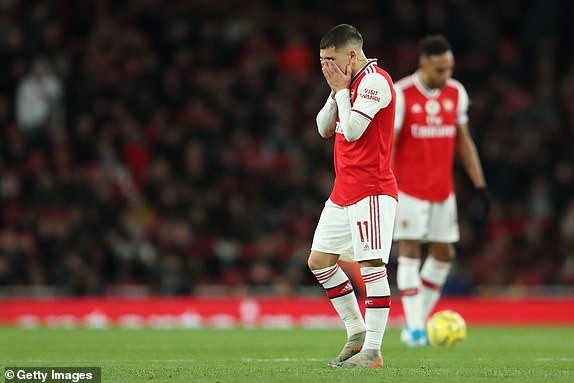 Meanwhile Manchester United on Sunday had to come from behind in the closing stages of the games to level up 1-1 with Everton at Old Trafford via a cheeky effort from youngster Mason Greenwood.

Everton scored in the first half when goalkeeper De Gea made an erroneous attempt to clear the ball away during a set piece which landed on defender Victor Lindelof, resulting in an own goal. 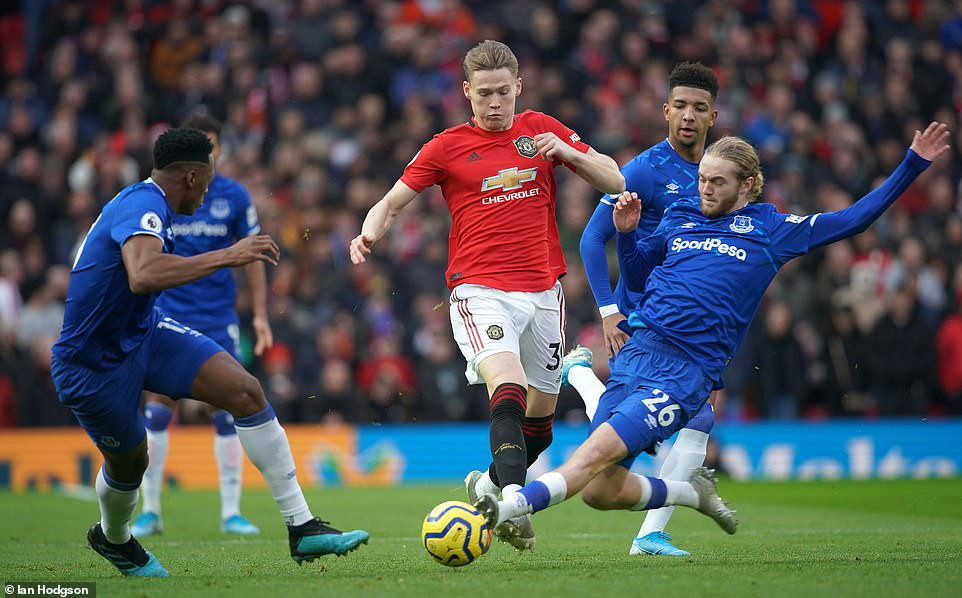 With both sides missing chances and both goalkeepers making saves, at the end it looked like a fair result. 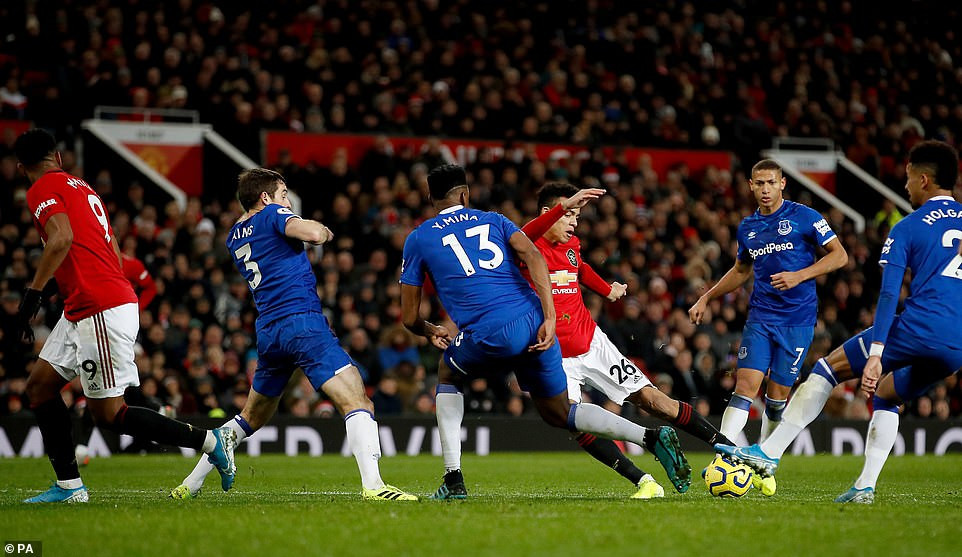 Tottenham also on Sunday, travelled to Molineux to face Wolves, looking to re-ignite their form after two losses in three..

Winger, Lucas Moura opened the scoring after just eight minutes, dribbling through and firing high into the Wolves net. 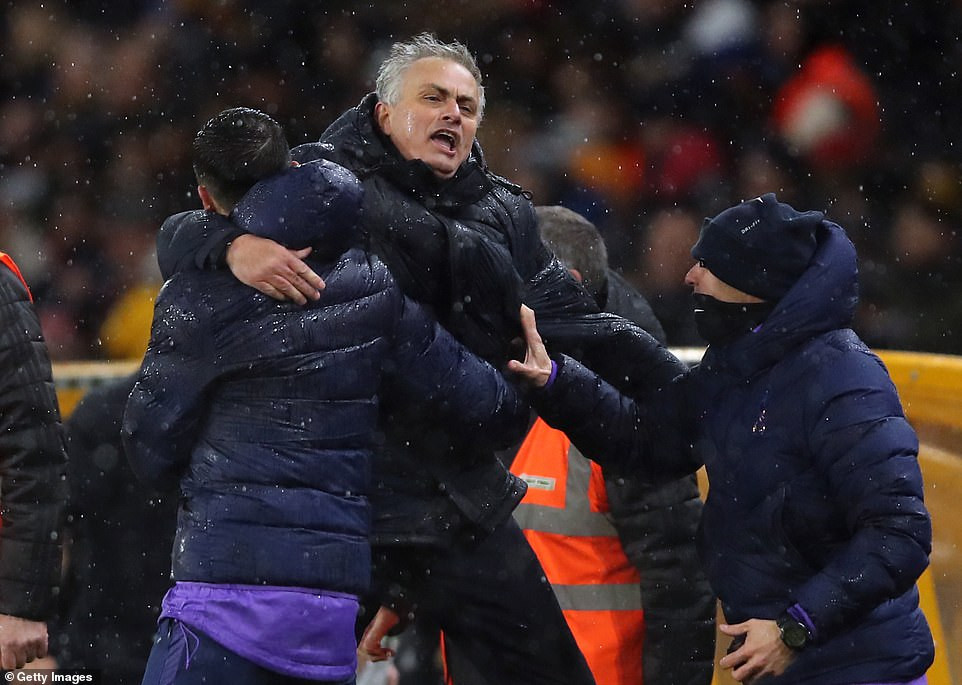 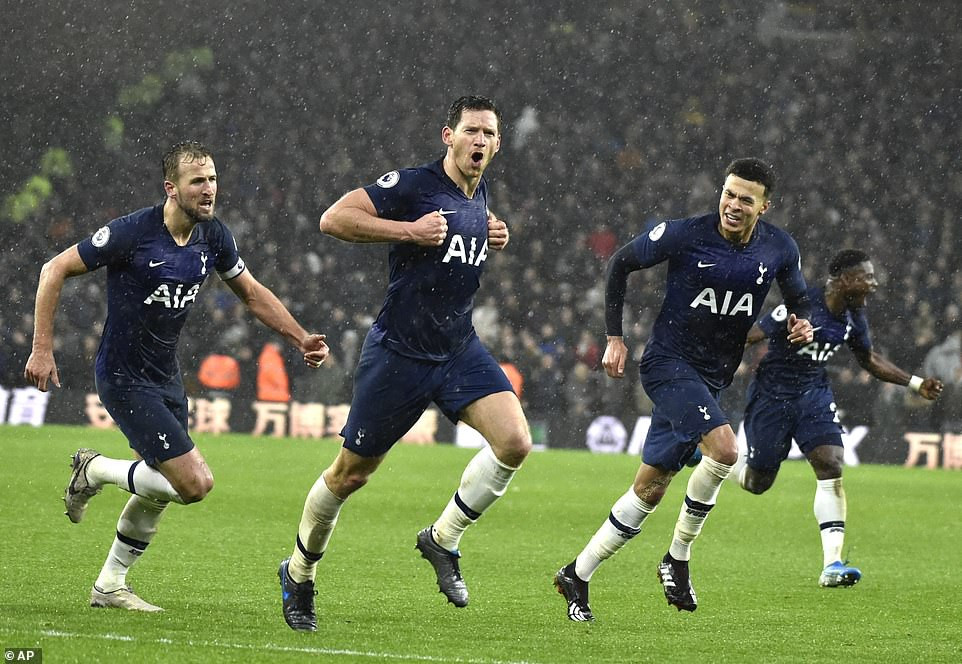 Then the big and powerful Adama Traore finally equalised after 66 minutes, scoring a high flying thumper from outside the box . With all hope almost lost, Jan Vertonghen headed from a corner to give Jose Mourninho the much needed 3 points with the match ending 1-2 to Tottenham’s favour. 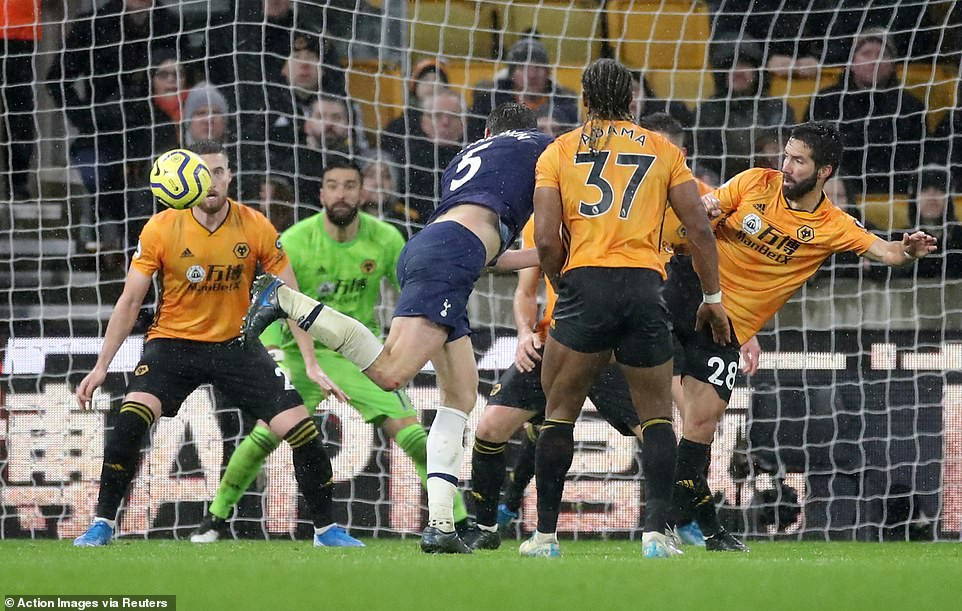 Liverpool on Saturday defeated relegation bound Watford 2-0 after a Mo Salah curling effort in the first half and another goal of the year contender effort in the second half.

Following Man City’s win over Arsenal, Liverpool are still top of the table, Leicester city in second and Man City in third position.